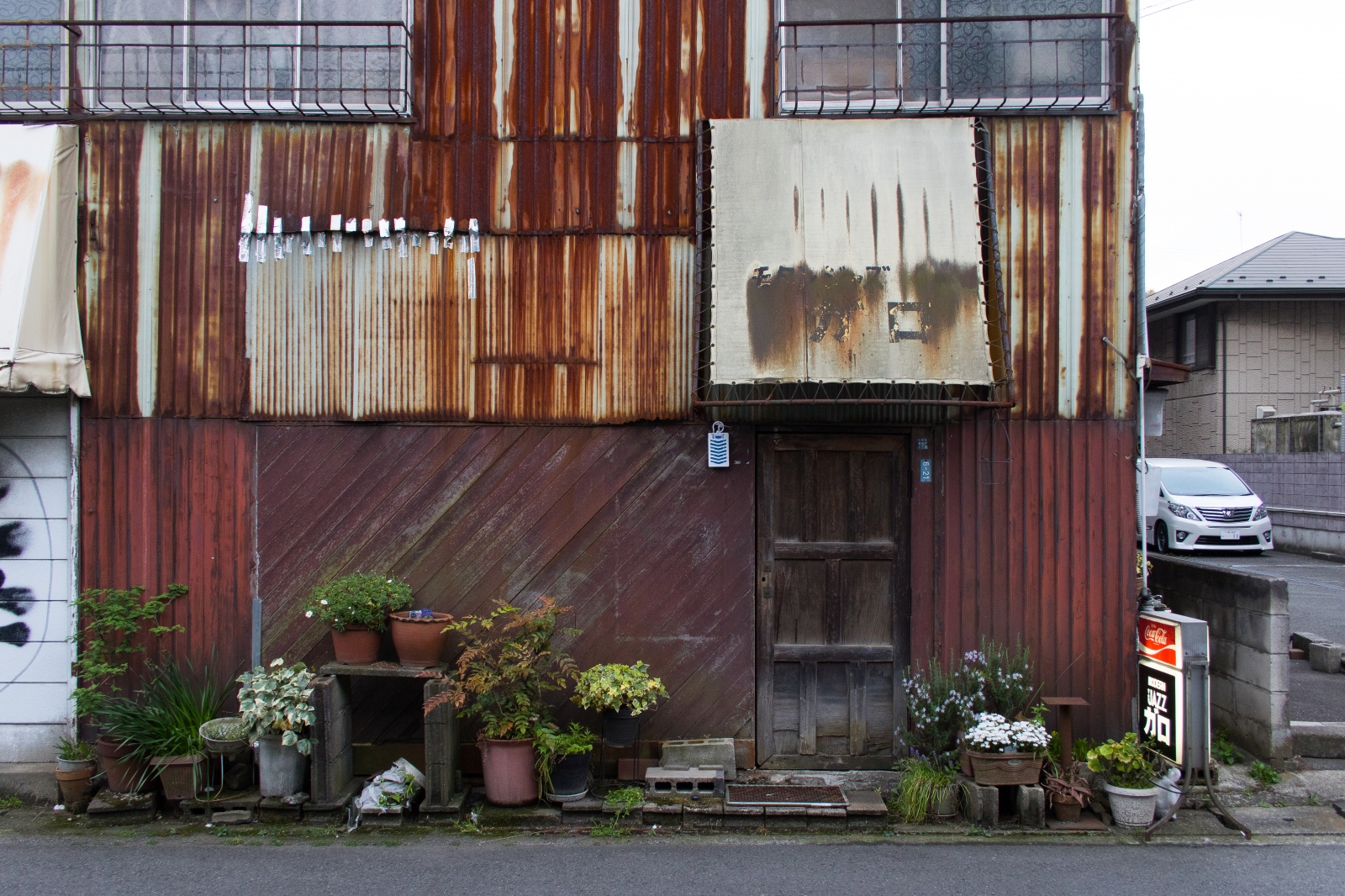 Japanese jazz cafes and bars are often hidden, insular worlds where time ceases to exist, spaces removed from the speed and chaos of the modern urban landscape.  Tokyo Jazz Joints is a visual chronicle of this world; an attempt to capture and preserve, if only from our perspective, the transient beauty of these spaces.

The jazz cafe culture in Japan grew organically in the years after WWII, as venues where fans could gather and listen to the latest records from the United States and Europe.  Imported records "“ let alone turntables and speakers "“ were a luxury few could afford in those days of recovery from the war.  The act of going to a cafe and listening to a new release in a social setting became the norm for a generation of urban Japanese.  At its height, areas like Shibuya and Shinjuku in central Tokyo had dozens of these cafes and bars scattered around the main station plazas.

Slowly, the cafes began to disappear as economic development continued and listening to music at home became the norm.  Some establishments transformed into night-time only bars when it was no longer profitable to open for coffee-time. Fewer and fewer customers would spend leisurely afternoons immersed in jazz, books and coffee.  As of 2015, there are approximately 130 jazz cafes and bars spread throughout the Tokyo Metropolitan area alone, a huge number compared to most cities, but down from the peak of more than 250 in the early 1970s.

Year by year, the old jazz joints around town close their doors as the men and women who own them age and their children move on to other more "˜legitimate' or lucrative occupations. Tokyo Jazz Joints is our attempt to let you into this slowly vanishing part of Japanese culture.  These are small, sometimes tiny, intimate locations where you can lose yourself in the world's greatest music.

None of these establishments were contacted about the project before we visited. Philip's photographs are a window into this jazz community, showing the shops and their owners just as anyone would find them.

Two years ago I was standing by a campfire as the California sun slid languidly behind the coastal mountains.  With the quietly tortured music of Foy Vance as an aural backdrop, one of my dearest friends and I barbecued steaks under the towering redwoods of Big Sur, washing down the food with red wine, as the flames licked the night air.  Sleeping al fresco under the stars, I stirred earlier than I had hoped to feel them replaced instead by a light morning dew falling on my face and sleeping bag, as another day began anew.  While writers may well have the ability, it is impossible for me to really translate these feelings into words, and no photograph or video can truly capture such a transient experience in all its wonder and poignancy.

Much the same can be said for Tokyo Jazz Joints.

What you see here is an ongoing collaborative project to document Tokyo's rapidly aging, slowly vanishing jazz bars and "˜kissaten', or coffee shops.  Often photographing after a full day's work in almost virtual darkness, using a handheld camera in dusty, cramped and cluttered spaces has undoubtedly posed its own unique challenges.  Attempting to use a flash or tripod would be futile, and only serve to instantly destroy the very atmosphere that makes these places so very special.

Similar to my night in Big Sur, while nothing less than actually being there yourself can measure up to the depth of such an experience, it is my hope that, akin to the crackle of a needle on vinyl, the grainy, imperfect images on these pages will at least reflect even a little of the history, passion and joy to be found when you are sitting huddled in these hidden musical worlds of Tokyo's backstreets; listening to some of the greatest music ever recorded being placed reverently on bespoke turntables, as huge handmade speakers envelop everyone and everything around them in jazz.